Musashi by Eiji Yoshikawa is a seminal Japanese epic that has influenced countless pieces of cultural significance.

This epic tale stands at nearly 900-pages and follows the adventures of Shinmen Takezō, later known as Miyamoto Musashi, following the Battle of Sekigahara. Musashi journeys throughout feudal Japan training pupils, fighting in duels and challenging conventional figures of authority with his virtue and unparalleled skill as a swordsman. Originally published in 1935, and later translated to English in 1981, it comprises seven books detailing Musashi’s exploits leading up to his climactic duel with Sasaki Kojiro on Ganryujima.

Miyamoto Musashi is an infamous figure in Japanese culture even to this day. He is the author of The Book of Five Rings and is considered a  Kensei, a sword-saint of Japan.

Blue is a significant color among Japanese swordsmanship and I found a lovely dark leather from J. Hewit & Sons. The rough pours of the hide give the covers a unique look, almost that of living skin, and the leather has a wonderful texture. However, I would still like to perfect my tooling practices, as I found this leather to be a bit difficult to work on when applying heated tools. When deciding the design of the decorations, silver stood out to me and I chose to run with it. I’m happy I did and the effect turned out beautiful. Lastly, I applied the silver leaf to the top and bottom of the spine with five strokes bordering the endbands. I learned this technique from All About Bookbinding and have fallen in love with the look. 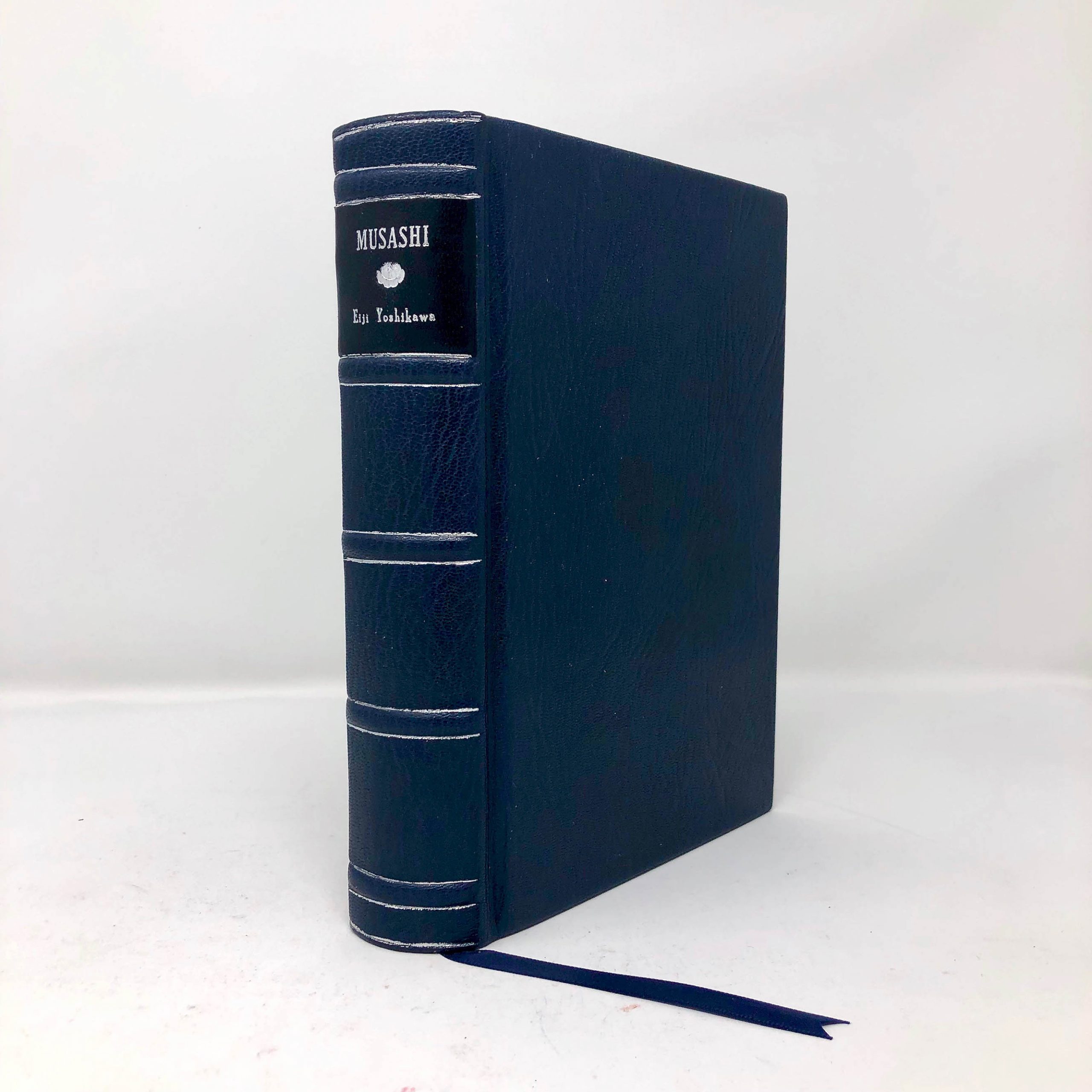 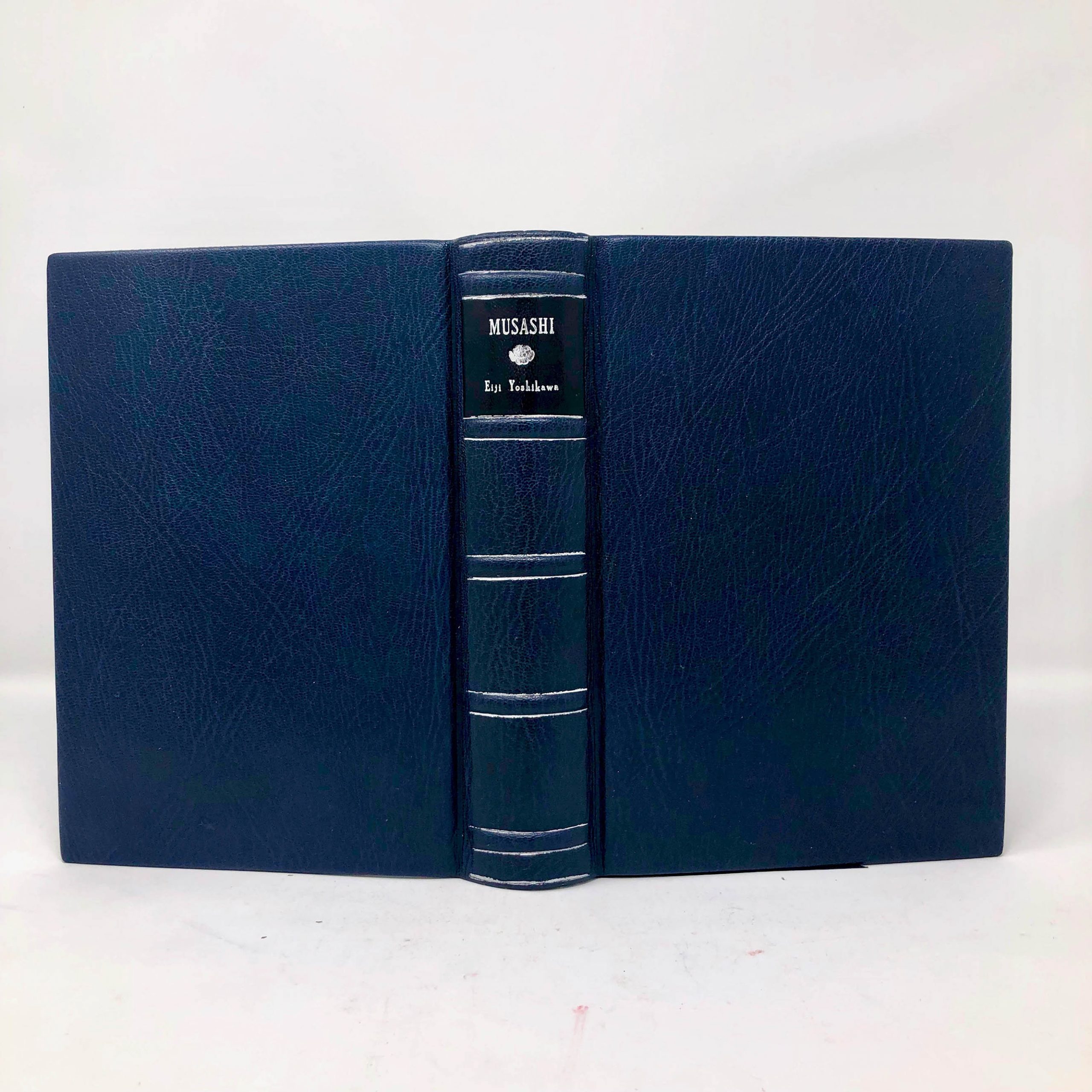 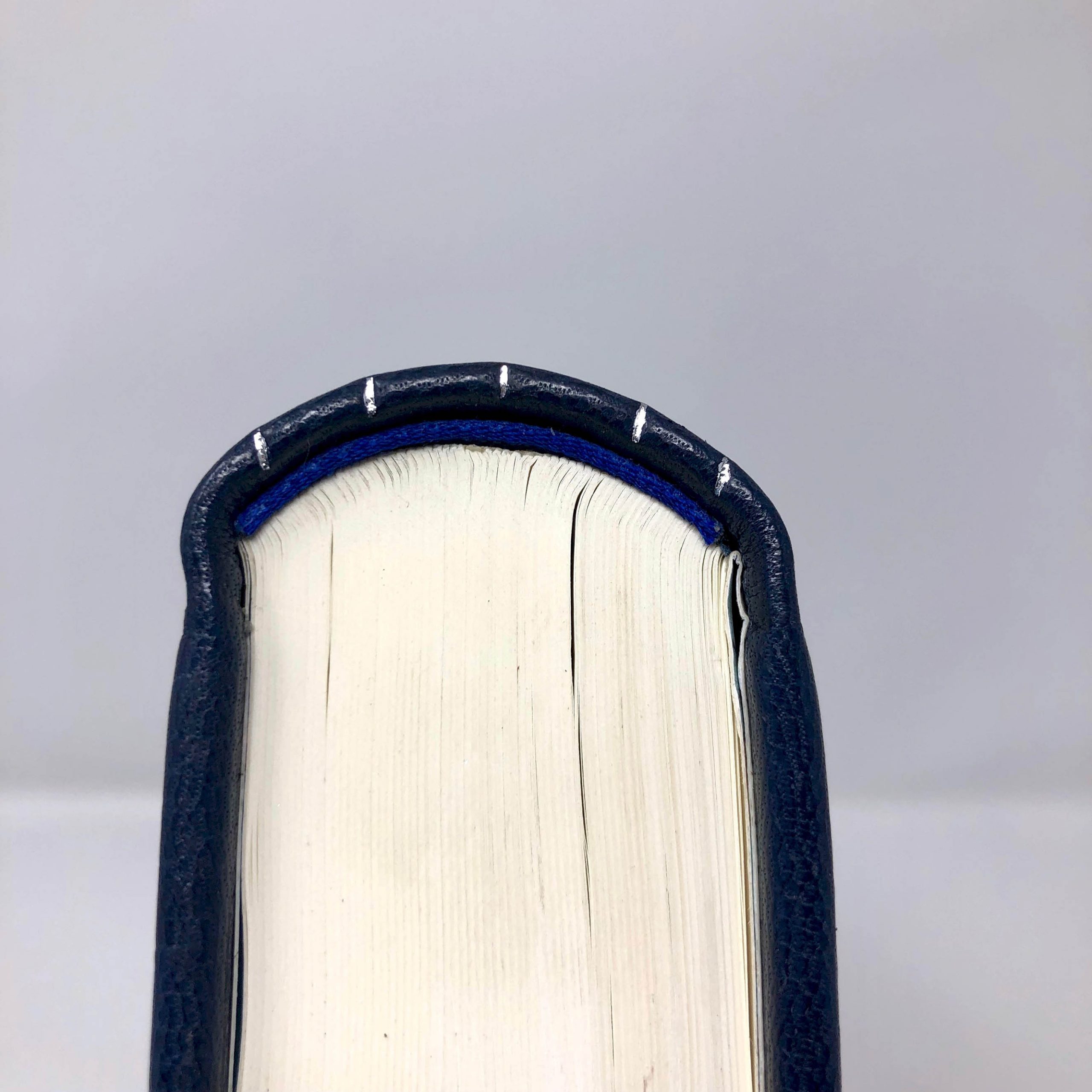 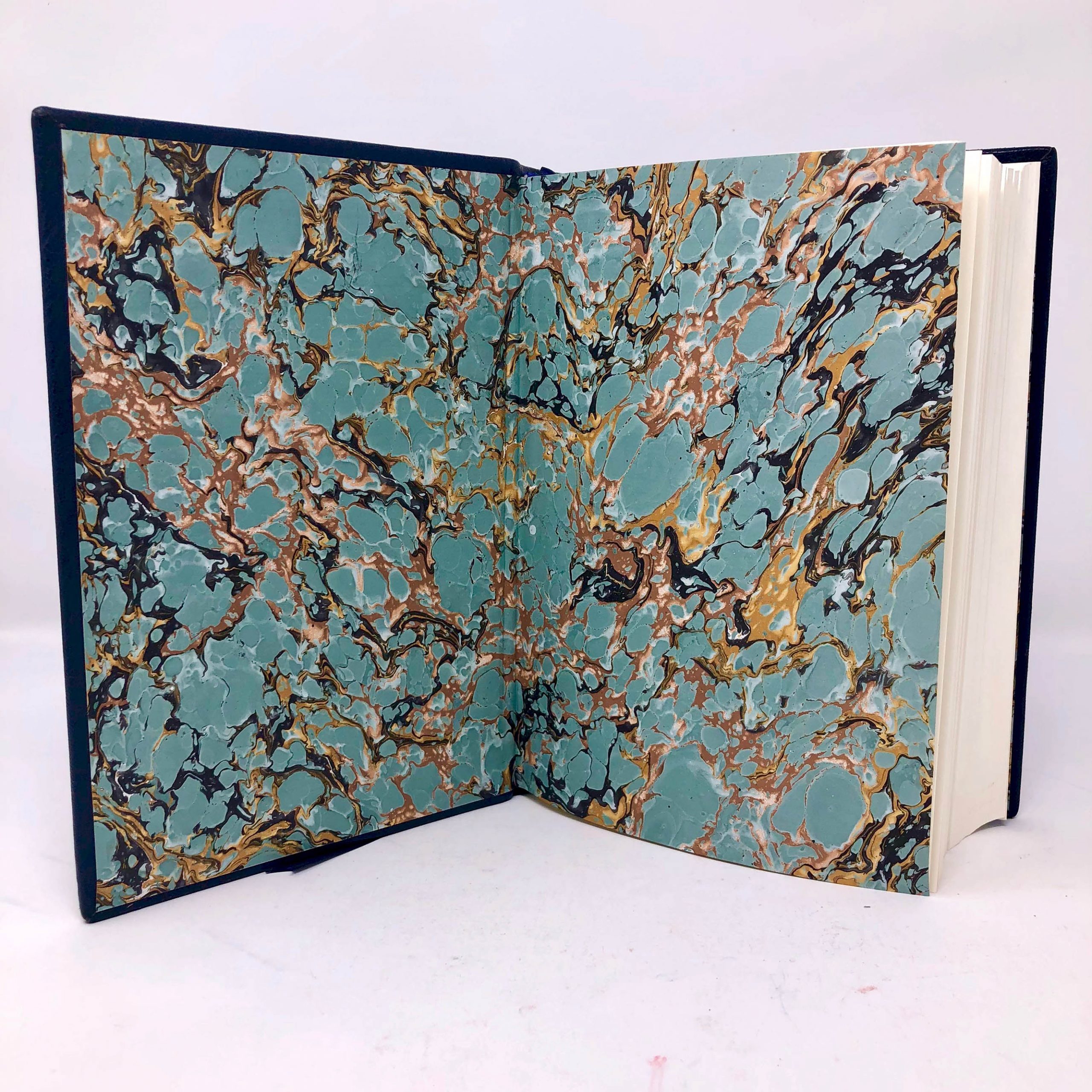 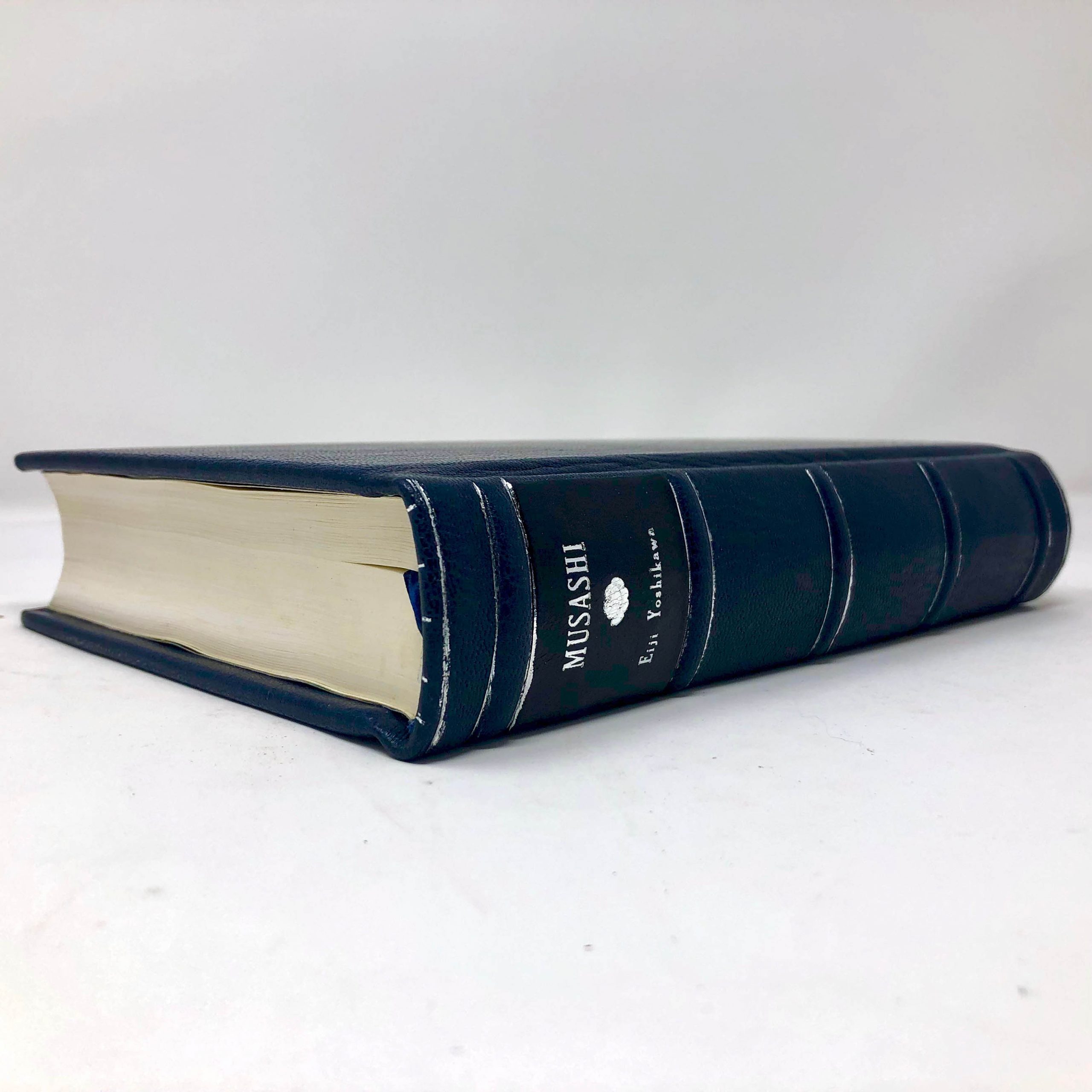 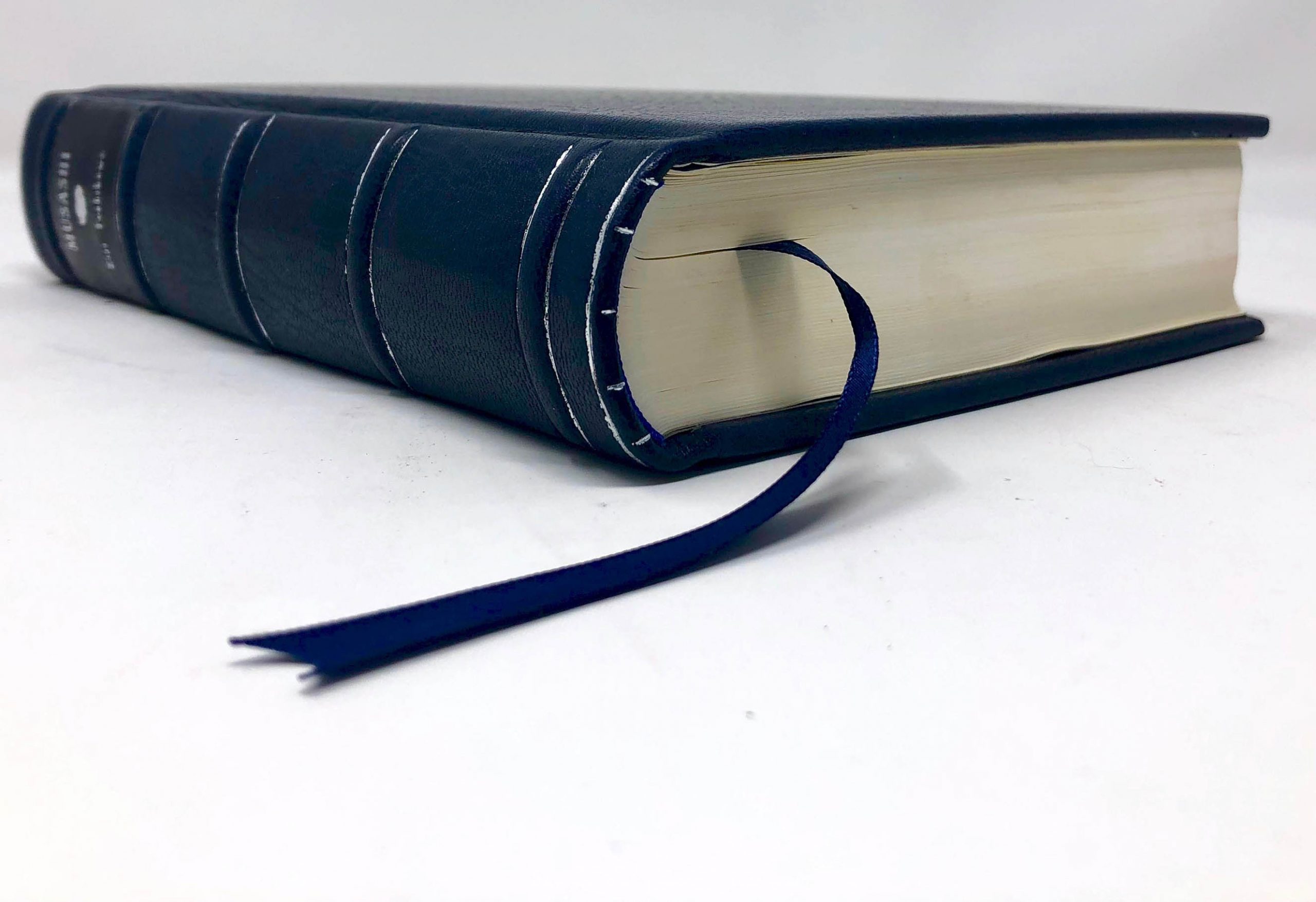 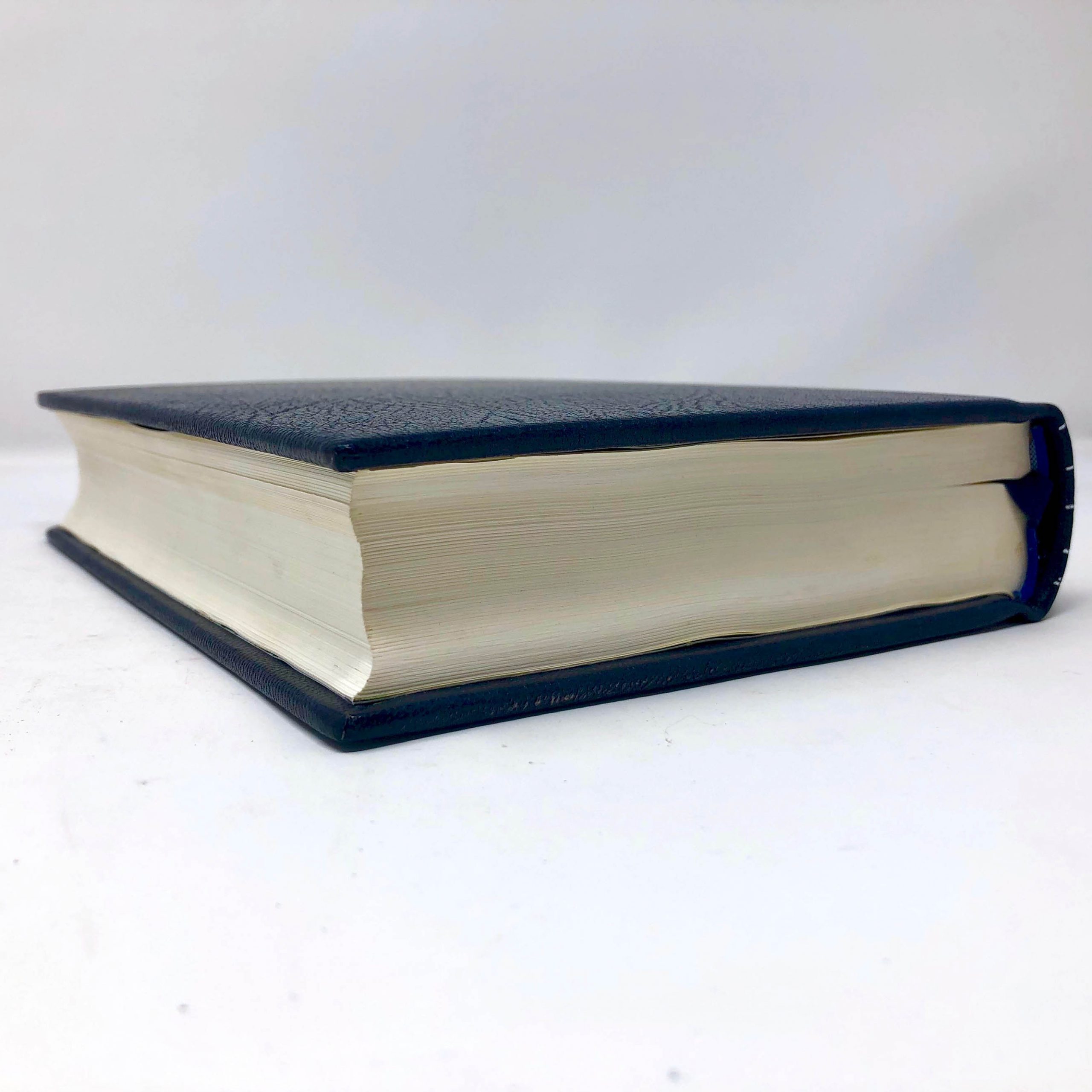 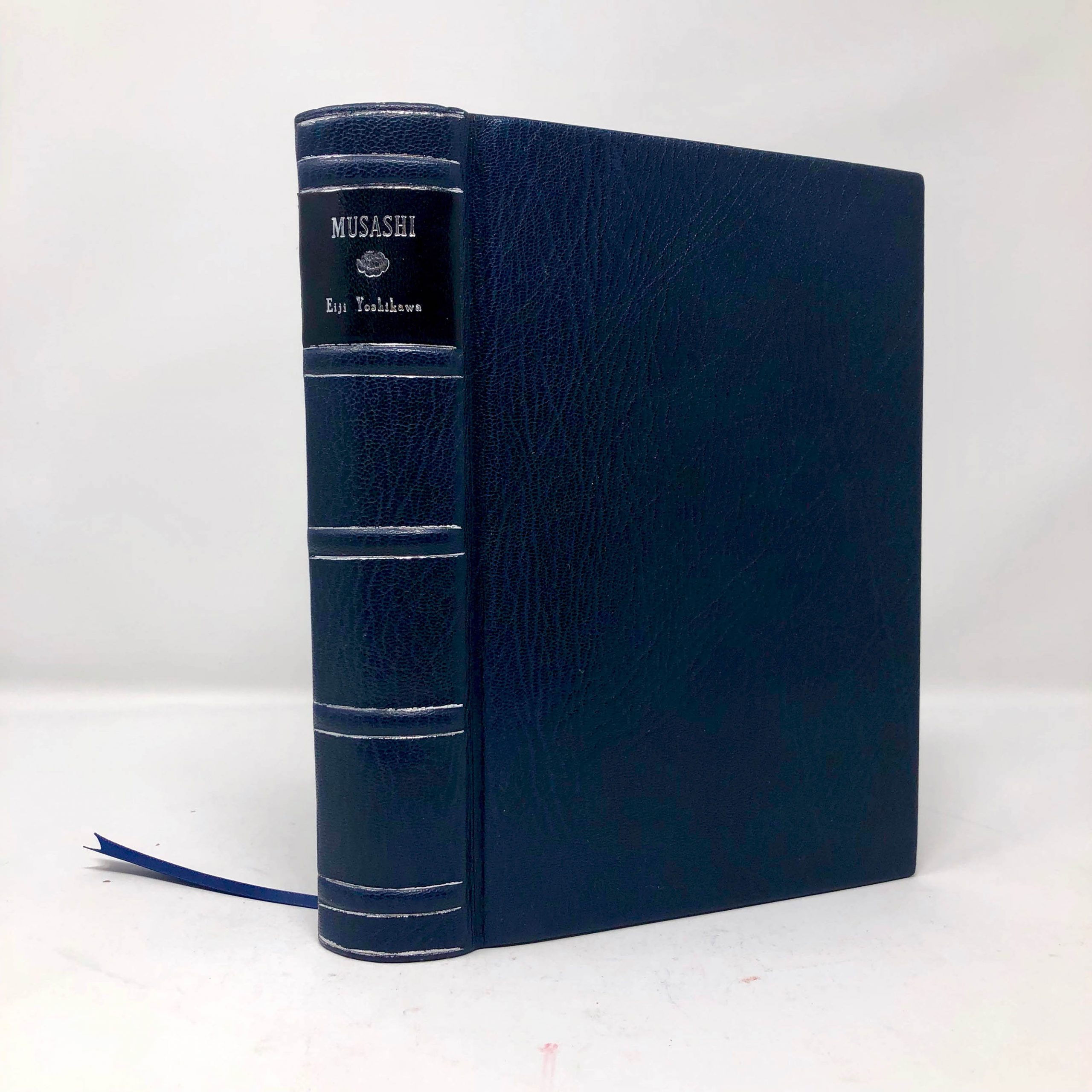 We are excited to begin working with you. Boston Harbor Bookbindery is experienced in designing custom, one-of-a-kind books for each client.

Whether you’d like to restore a family heirloom, re-bind a personal favorite, or print a book from scratch; we have just what you need to make your dreams a reality.