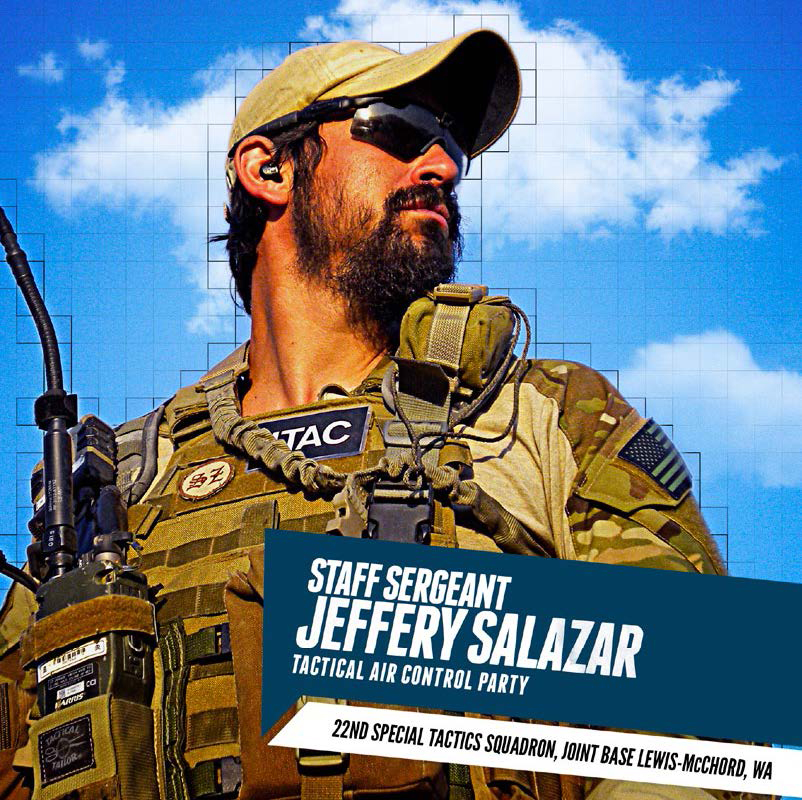 Staff Sergeant JEFFERY SALAZAR provided mission-critical airpower expertise as a joint terminal attack controller (JTAC) while attached to an Army Special Forces team in the contested Konar Province, Afghanistan from January to July 2011. As the sole JTAC on the team, he planned, coordinated, and executed air support for 37 combat missions. He also controlled “danger- close” fixed and rotary wing airstrikes in 15 high-intensity combat engagements with the enemy.

At the beginning of the engagement, Sergeant Salazar had requested close air support and subsequently received a flight of two F-16s. After the F-16s checked in, the other element was hit by an improvised explosive device. Sergeant Salazar and his element moved to their location to provide treatment to the injured. He then used the aircraft as an early warning device for any enemy activity to paint a picture of the battlefield for the ground force commander and to aid with the medical evacuation.

Using 17,000 pounds of bombs and an assortment of rockets and guns, Sergeant Salazar’s actions over the course of his deployment resulted in 38 enemies killed in action. For his heroic actions, Sergeant Salazar was awarded the Bronze Star.